Jacques Lalonde's Stroke of Luck a Stroke of Genius


The indomitable Jacques Lalonde, previews his one-man show STROKE OF LUCK at Railtown Cultural Eclective’s  Trier Series,  August 20 at the Orpheum Annex, before it goes Fringe in September. 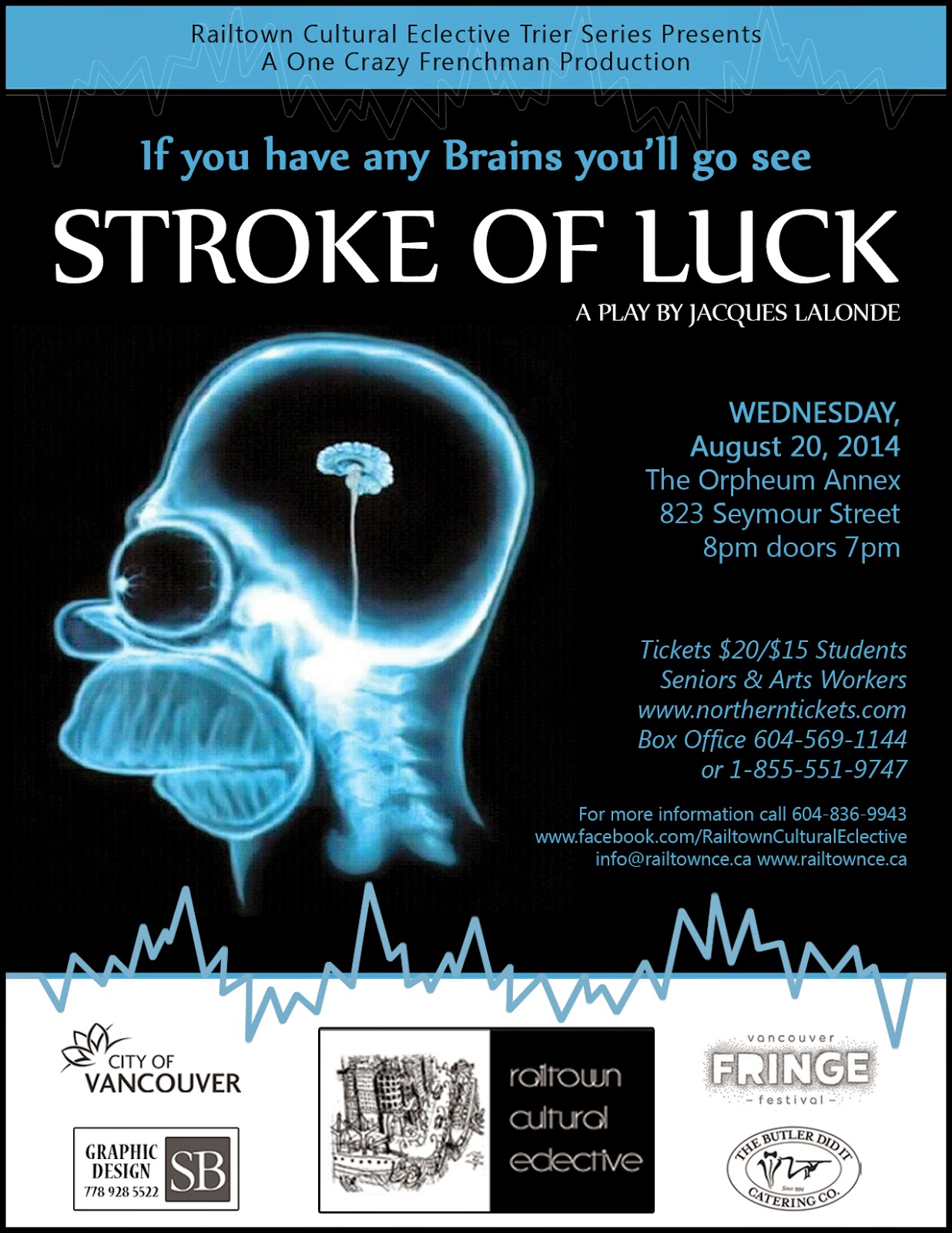 On July 1, 2013, Jacques Lalonde had a stroke that left him without the use of his right arm and right side of his face. STROKE OF LUCK uses Jacques' renowned storytelling skills to give us an inside look at how the brain works and the difficult road to recovery.  We learn about the value of reaching out to friends, staying positive and see some of the crazy exercises one has to do to get back to "normal."

Hilarious and poignant, STROKE OF LUCK gives us hope, inspires us to see the beauty of life in new ways, and will help develop your Christopher Walken impersonation. Will Jacques be able to use his right hand again?  Will he ever be able to sing?  What can he now do with his left hand that he couldn't do before? All will be revealed with the charm and wit Jacques is famous for in his storytelling.

Jacques has performed for over one million people at almost every major festival in BC including the Vancouver International Storytelling, Children’s, Dragonboat and Comedy Festivals, Vancouver and Surrey First Night, The Festival of Dreams, Prince Rupert Comedy Festival, and Surrey Children's Festival.     He is the only recipient of a Lifetime Achievement Award from the Vancouver International Fringe Festival and has been in over 20 Best of The Fringe and holdovers including A Closer Walk With Jean Chretien, How I learned to Drive, The Kenny Rodgers Experience, and A Short History of My Life as a Bear. He also was the host for LIVE CITY VANCOUVER at the 2010 Olympic Games.

This is the last show of the summer season in the Railtown Cultural Eclective Trier Series which showcases artists and works that engage audiences in issues that affect us all. Ticket are available at www.northerntickets.com. For  more information on Stroke of Luck email info@railtownce.ca or call 604-836-9443 or visit www.railtownce.ca
Posted by Unknown at 10:26 AM